Are you a terrorist? _yes _no

You see, I just want to cover my legal bases.

With the small world effect, it’s not out of the question that I come across a terrorist in my lifetime and the last thing I want to do is be implicated with a terrorist.

Perhaps such a questionnaire would have benefitted Maher Arar. Mr. Arar went to lunch one day to meet his friend, Abdullah al-Maliki. In the rain, they talked about buying printers.

Unbenounced to them, Mr. al-Maliki was seen to be a person-of-interest, potentially have ties to Al-Qaeda. However, RCMP can use a mandate of prevention, with a zero tolerance approach to risk.

The FBI and CIA had received information from the RCMP that they felt was enough for them to exercise extraordinary rendition. However, the Canadian authorities hadn’t realized that they had no control with how US authorities would use the information they had provided to them.

So, during a return to the US, Maher Arar was exjudicially rendered to Syria, where he was held and torchered for a year.

This information was incriminating in that it had an incriminatingly lack of evidence. Neither Arar or al-Maliki had ties to al-Queda.

Extreme powers were exercised infringing on Arar’s civil liberties, without warrant or judicial purview. These powers came about through legislation by state authorities in the post 9/11 world. These powers can be issued without transparency to collect our own personal information, at a time where our personal information is retrievable from the network of networks, the internet.

Thus, with the ease that the Internet allows us to share information and collaborate, the same ease allows our personal information to be collected and surveilled without our knowledge or consent. 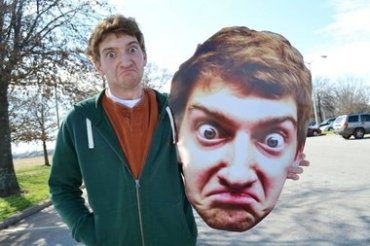 These powers were legislated with the intent to protect us from terrorism, but it has cost us our freedoms.

Unfortunately for us, the internet itself is unintelligent, and won’t deal with this. The internet’s intelligence comes from the edges of network – us.

So, in order to control such surveillance, we need to exercise this intelligence by informing ourselves and communicating with our democratic representatives of our disinterest in such laws and measures.

Until then, you’ll have to complete my questionnaire, because according to the small world effect, I may one day encounter a terrorist. Or worse, a MACT classmate that is unjustly put onto a watch list because he mentioned “Al-Queda” and “terrorist” too many times on a blog post.

One thought on “Ease of Sharing, Ease of Surveillance.”

Error: Twitter did not respond. Please wait a few minutes and refresh this page.